David Guetta reveals his New Year’s Eve “United at Home” livestream at the Louvre in front of its iconic pyramid, as he unites fans globally to raise funds for those in need.

After raising $1.5 million (USD) for charities and amassing over 50 million views in Miami and New York, “United At Home” continues from the iconic city of Paris with a phenomenal production in front of the Louvre museum’ glass pyramid. In an effort to unite people around the globe, David Guetta is inviting everyone to join him in celebrating NYE and spreading the holidays spirit to benefit UNICEF, Les Restos du Coeur and the Musée du Louvre. 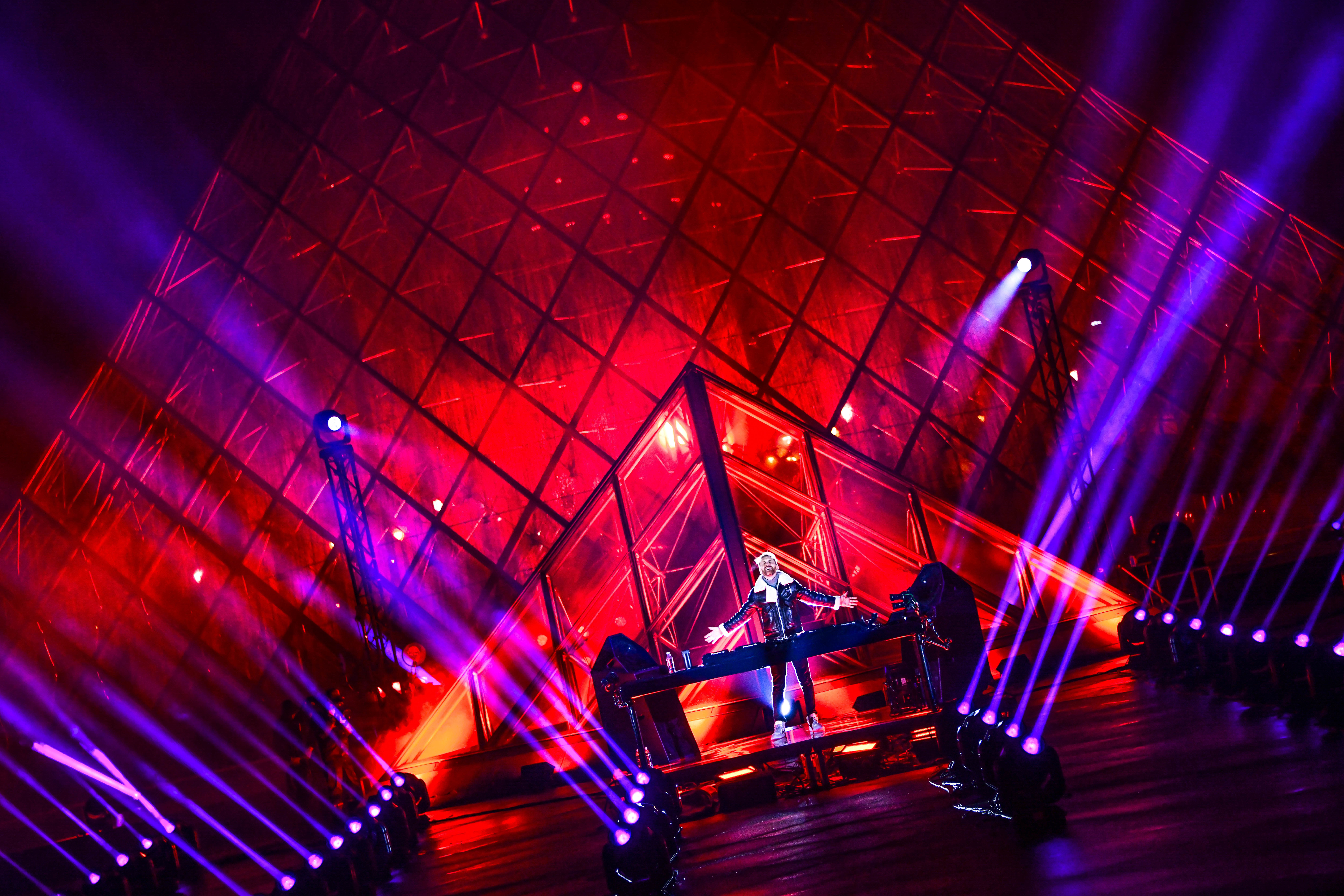 PARIS MIDNIGHT / LONDON 11PM / LOS ANGELES 3PM / NEW YORK 6PM / DUBAI 3AM / TOKYO 8AM
Donate on www.davidguetta.com/donate
In partnership with PS5 and Xiaomi.
David Guetta will be from the city of lights on New Year’s Eve, bringing some love and light to households worldwide, by playing an exclusive set in front of Paris’ most famous museum, the Louvre. David Guetta will showcase the majestic museum which is 8 centuries old and exhibits one of the finest art collections in the world. The Glass Pyramid, created by the architect leoh Ming Pei will come to life with an incredible light show. Inaugurated in 1989 to offer a unique entrance to the museum, the Pyramid has become one of the symbols of the Louvre and of Paris.

The magic of the Louvre is recognized worldwide and will be put on a world stage once again this new year’s as a breathtaking light show plunges us into a stunning vision of this major world heritage site.

Usually, nearly 10 million visitors come each year to the most visited museum in the world: French, Americans, Chinese, Brazilians, Koreans, Europeans, Japanese or Russians… come to see the collections from five continents, which covers 9 millennia of art history, from the Neolithic to the middle of the 19th century. The whole world meets at the Louvre.
With “United At Home” from the Louvre, David Guetta fully subscribes to this idea of a meeting made possible thanks to social media in a period where travel is not easy or even impossible. No matter where you are in the world, “United At Home” brings you together for a unique and festive event in a magical place created to be together.

Once again, David Guetta will bring joy and hope to millions across the planet in these challenging times as people will be able to safely unite and experience this unique show to celebrate the New Year from his hometown, by tuning in on Facebook, YouTube, Instagram, Twitter, Twitch, VK, Insight TV and Triller.

After already raising over $1.5 million for charities with his “United at Home” events co-produced by the Charity Guys in Miami and New York, David Guetta’s third edition of “United At Home” in Paris will be dedicated to UNICEF and Les Restos du Coeur, for people in need. It will also be possible to donate to the Louvre to support the museum closed for 6 months due to the pandemic situation.
David Guetta says: “I think about clubs, festivals, and the world of culture. I know they are going through a difficult time right now and I would like to express to them my full support.”

“United At Home” from the Louvre is organized by David Guetta and the Musée du Louvre.
The performance has been recorded in live conditions without attendance.