Schedule of Events for 2018 Temporary Exhibitions 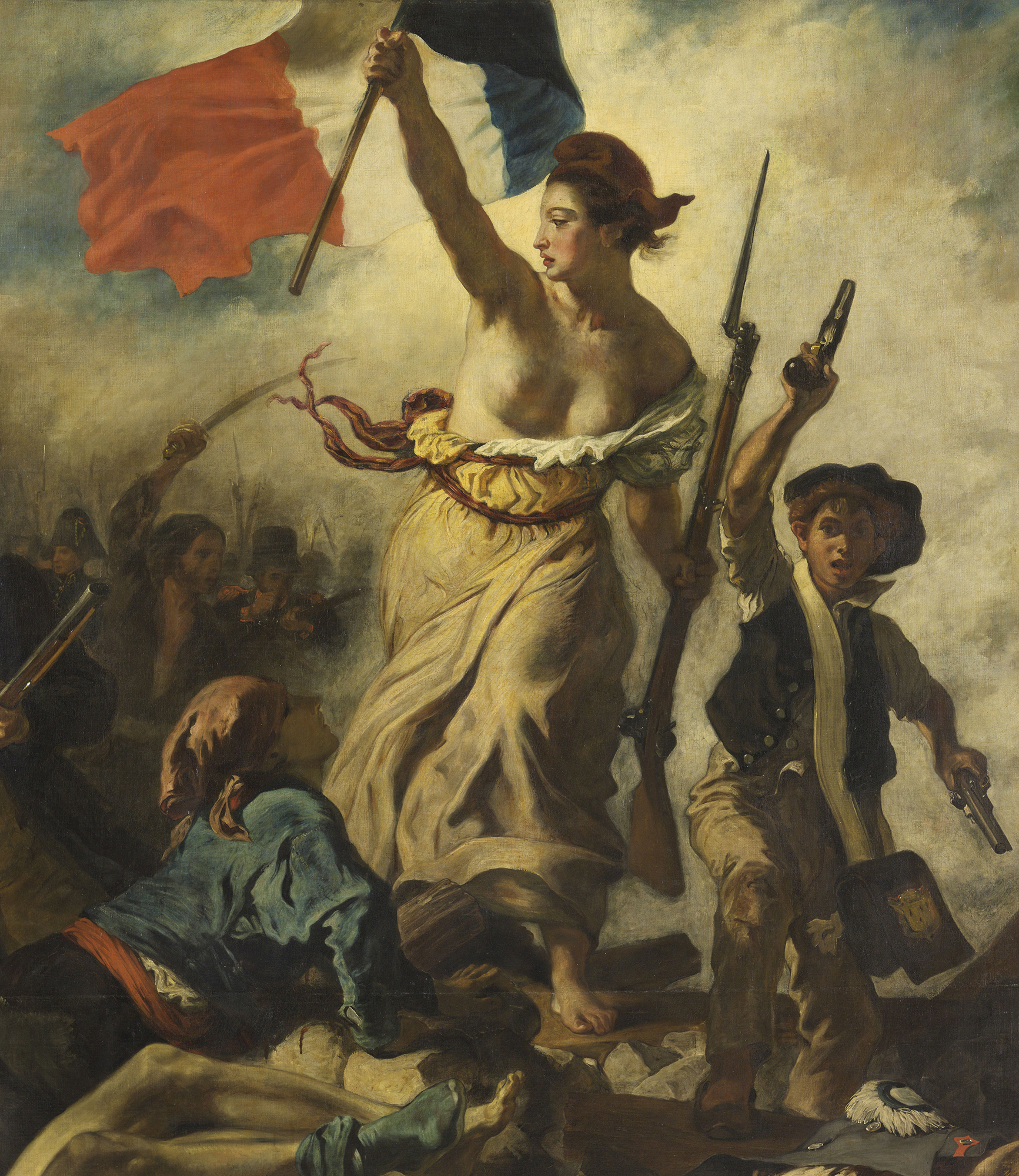 In partnership with the Metropolitan Museum of Art in New York, in spring 2018, the Musée du Louvre will be hosting an exhibition dedicated to the artistic career of Eugène Delacroix. For the first time since the 1963 exhibition celebrating the 100-year anniversary of his death, this event will pool over 180 artworks by the artist, including a large number of paintings: from the young artist’s big hits at the Salon of 1820 up to his final less known and mysterious religious and landscape compositions.
The exhibition will showcase the tensions that formed this artist, striving for individuality while driven by aspirations to follow in the footsteps of 16th and 17th-century Flemish and Venetian artists. The installations and information provided will provide insight into his long, rife, and diverse career.
Visitors will have the chance to familiarize themselves with this engaging character: infatuated by fame and devoted to his work; curious, critical, and cultivated; and a virtuoso writer, painter, and illustrator.

France viewed from the Grand Siècle 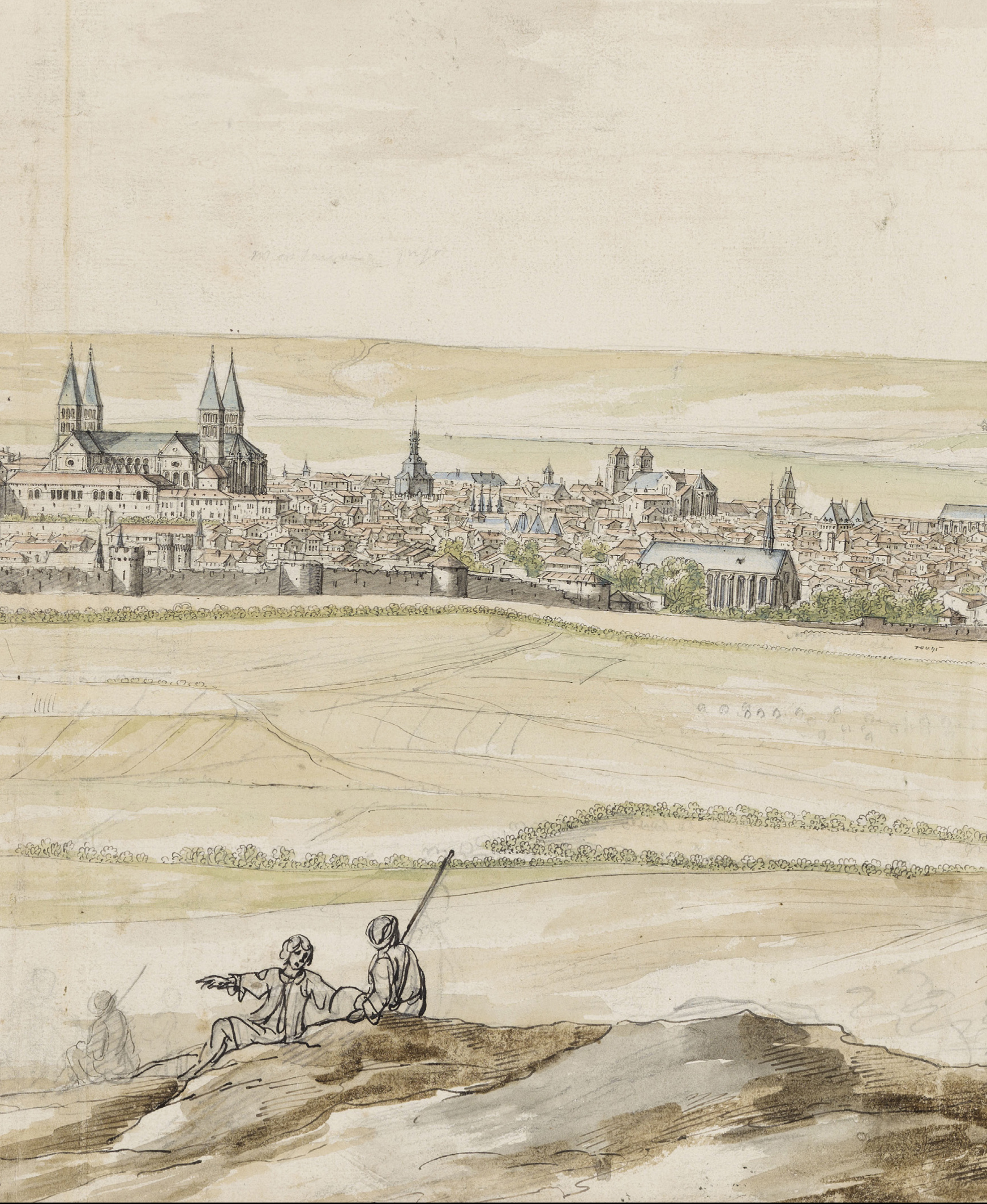 After training as an engraver under Jacques Callot, Israël Silvestre very quickly turned to the cityscape. Small and picturesque, his early “views” were of his native Nancy and the cities he passed through on the several journeys he made between Paris and Rome.
By contrast, his mature works offer broad panoramas of the French capital, with its royal festivities and the changes it was undergoing, and outlines of the cities conquered by Louis XIV in Lorraine and the Ardennes. In addition, his series devoted to the handsome Ile-de-France châteaux—Vaux-le-Vicomte, Meudon, Montmorency, Versailles—brought a fresh eye to architecture and gardens.
While Silvestre’s engravings circulated widely, his drawings remain relatively unknown. The Musée du Louvre is home to a remarkable collection of them, to be shown to the public for the first time. 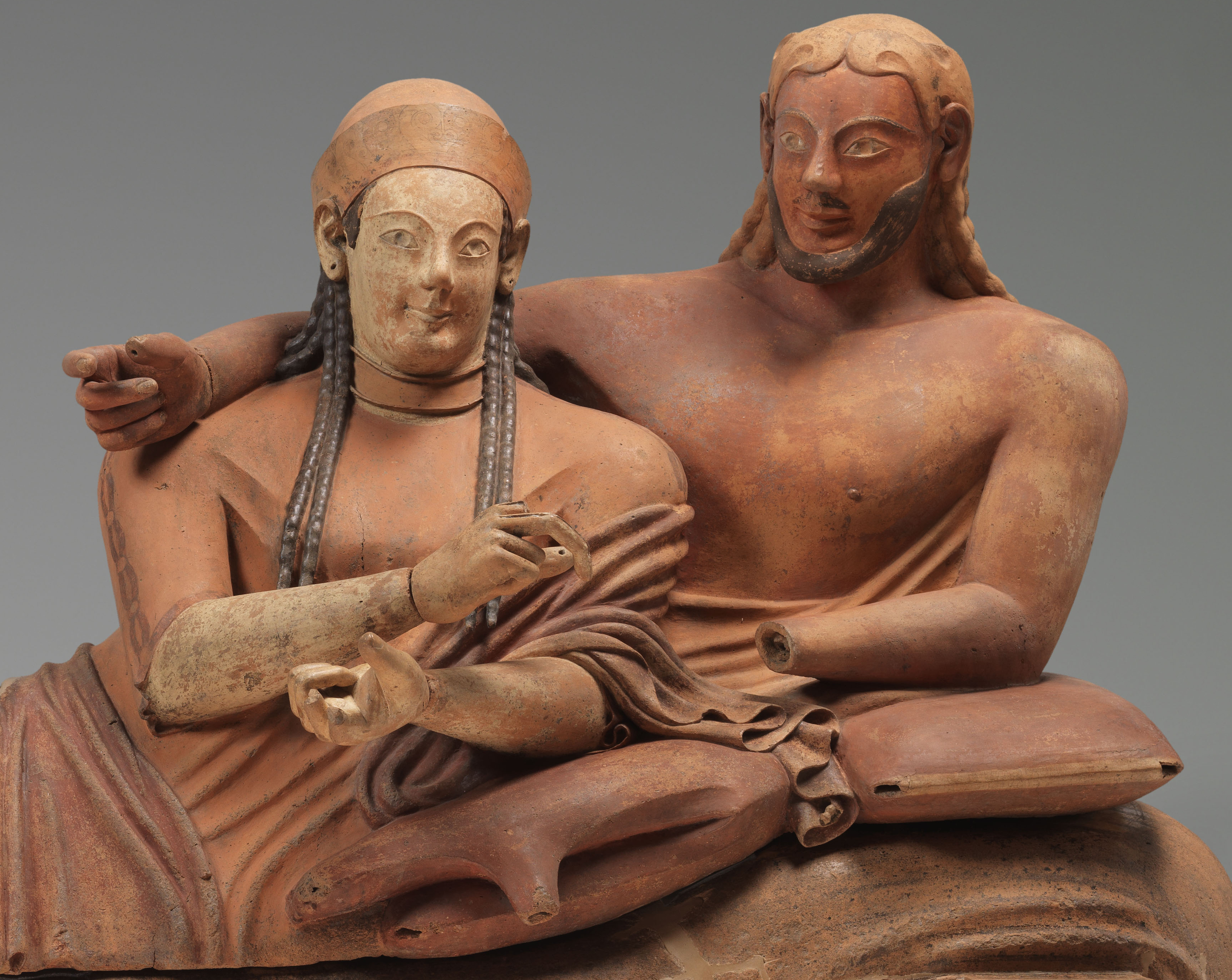 The Musée du Louvre and the Hermitage Museum in Saint Petersburg are joining forces for an outstanding exhibition based on the collection built up by Marquis Campana between 1830 and 1850.
For the first time in 160 years, the exhibition will provide a comprehensive overview of the 19th century’s largest private collection, whose 10,000 exhibits—archeological items, paintings, sculptures and “modern” objets d’art—included such masterpieces as the Sarcophagus of the Spouses and Paolo Uccello’s Battle of San Romano.
Addressing the personality and tastes of Giampietro Campana, the way he brought together this truly extraordinary ensemble, and its ultimate dispersal throughout Europe, the exhibition will also highlight the collection’s seminal role in the affirmation of Italian culture as the Italian nation gradually took shape in the course of the 19th century. Thus it will illustrate the collection’s significance in terms of cultural awareness in Italy and Europe as a whole. 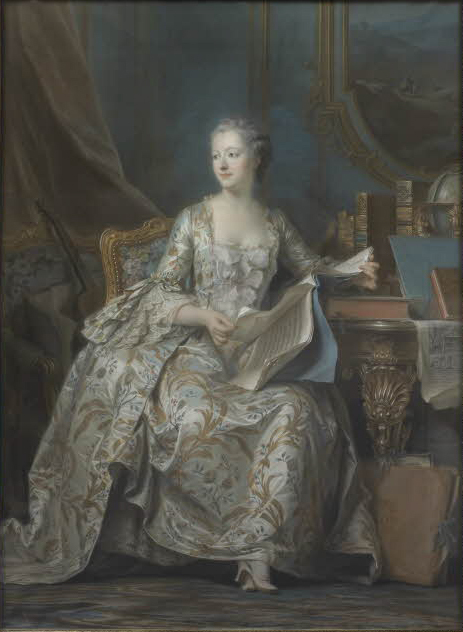 The Musée du Louvre has the good fortune to possess a benchmark collection of French and European pastels, notably including remarkable groups of works by Jean-Etienne Liotard, Maurice Quentin de La Tour, and Jean-Baptiste Siméon Chardin, as well as important pieces by Jean-Marc Nattier, François Boucher, and Elisabeth-Louise Vigée Le Brun, to name only a few.
Extremely fragile—they are created from a colored dust often likened to that found on the wings of butterflies—pastels are a gauge of the skill of artists who have executed them not as preliminary studies with pastel highlighting, but as works in their own right painted on supports allowing for their framing.
The exhibition will comprise over 120 examples from the Louvre collection. Most of them date from the 18th century—the medium’s golden age—and have been protected and restored thanks to the patronage of the American Friends of the Louvre.
The catalogue raisonné of the Louvre pastel collection that accompanies the exhibition is the fruit of several years’ research by Xavier Salmon. 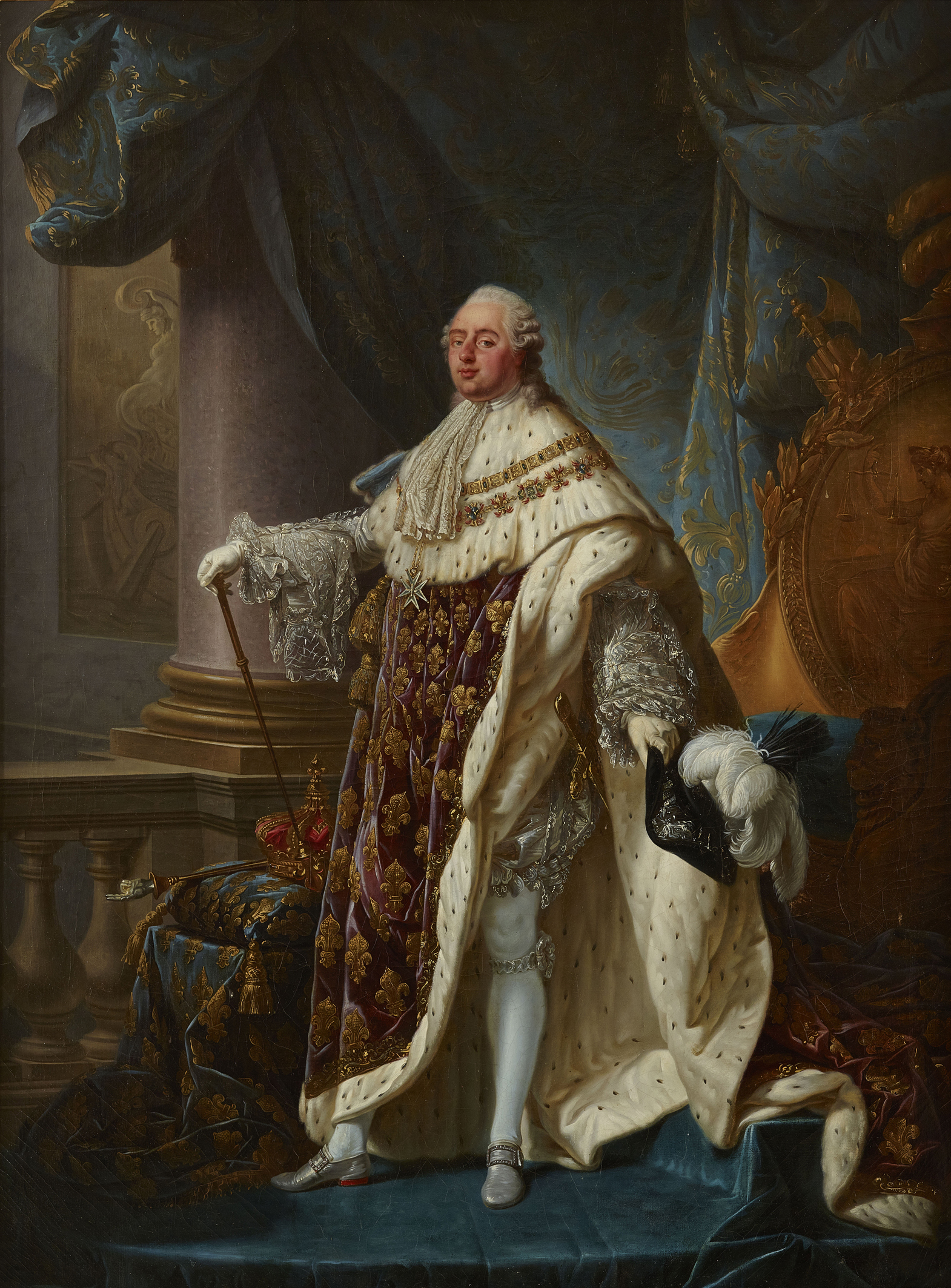 The Petite Galerie exhibition for 2017–2018 focuses on the connection between art and political power. Governing entails self-presentation as a way of affirming authority, legitimacy, and prestige. Thus art in the hands of patrons becomes a propaganda tool; but it can also be a vehicle for protest and subverting the established order.
Spanning the period from antiquity up to our own time, forty works from the Musée du Louvre, the Musée National du Château de Pau, the Château de Versailles and the Musée des Beaux-arts de la Ville de Paris illustrate the evolution of the codes behind the representation of political power.
By providing keys to the observation and explanation of different artworks, the Petite Galerie sets out to make the visit to the museum an enjoyable and enlightening experience. Informative labels and digital touchscreen displays encourage attention to detail and help to establish context. In addition, five themed tours of the Louvre’s permanent collection are proposed.

In a pioneering miscellany of examples from French collections (Musée du Louvre, Bibliothèque Nationale de France, Fondation Custodia, École Nationale Supérieure des Beaux-Arts, Musée des Beaux-Arts de Besançon) and institutions abroad (British Museum, Ashmolean Museum, Rijksmuseum), this exhibition will offer a chronological and geographic panorama of color engraving via the most significant works of the leading masters of the Renaissance and European Mannerism.
Its sources include recent research into color engraving pigments and watermarks jointly carried out by the Bibliothèque Nationale de France and the Centre for Research and Restoration of the Museums of France (C2RMF).
Color wood engraving, known as chiaroscuro in Italy, was first practiced in Europe from the early 1500s to around 1650. It was the outcome of technical and artistic attempts to impart subtle nuances of color in printed form. Both an imitation of other art media—drawing first and foremost—and a medium in its own right, it circulated widely and attracted real interest from certain painters, who saw it as a new means for formulating their explorations of light, shade, line, and chromatic values.

2018 will mark both the 160th anniversary of diplomatic relations between Japan and France and the 150th anniversary of the beginning of the Meiji era, when Japan opened up to the West.
As part of the “Japonisms 2018: Souls in Accord” season, the Louvre is presenting Throne, a monumental work by Kohei Nawa, under the Pyramid.

The Petite Galerie du Louvre’s 4th season ties in with the museum’s program for 2018/2019, namely the exhibitions devoted to the Marquis Campana collection and the Tell Halaf archeological site.
As the season’s guest, the graphic novel demonstrates how, in a blend of fact and fiction, the 9th art has appropriated the archeological discoveries that have contributed to the Louvre’s collection. 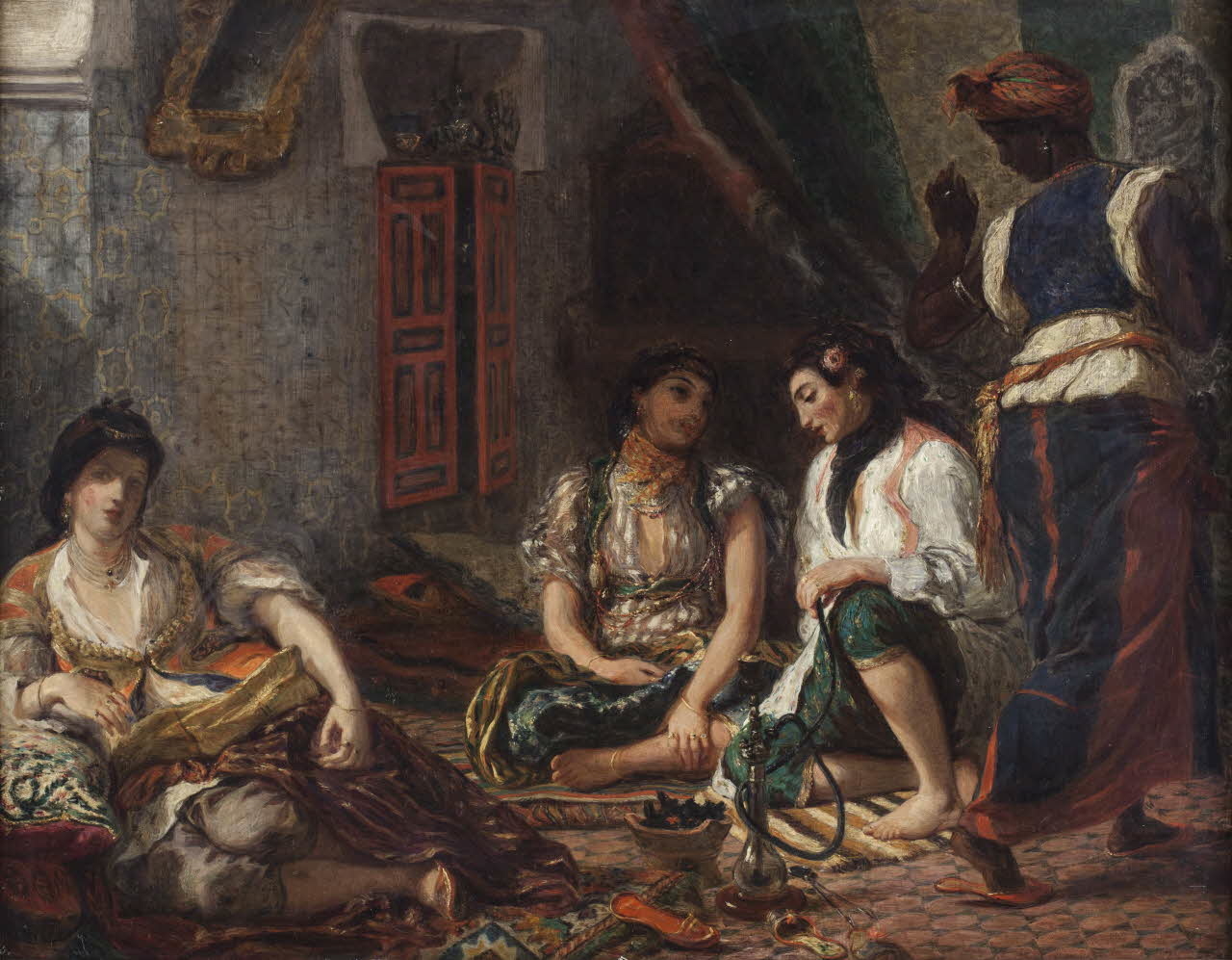 The Lilian Thuram Foundation: Education against Racism and the Musée National Eugène-Delacroix have teamed on an enlightening and atypical exhibition that revitalizes the presentation of works in the museum. Designed here is an unprecedented display of the museum collection dedicated to the “Orient,” as understood by Delacroix, and its depiction. This exhibition highlights the close links existing between artistic representations and our contemporary history, between artworks and the issues at stake in our world. An original visit to the Musée Delacroix has thus been planned, encouraging discussions and debates, as well as promising aesthetic surprises and new discoveries. Meetings and lectures open to the general public are some of the related events planned around the exhibition and will offer the public a great chance to discuss and look at the works with fresh eyes as well as actively participate.

To mark the 220th anniversary of the birth of Eugène Delacroix, in the spring of 2018 the Musée Delacroix will be devoting an exhibition to the artist’s three paintings in the recently restored church of St Sulpice in Paris, and in particular Jacob Wrestling with the Angel.
Monumental, complex and sublime, this decorative project commissioned in 1849 kept Delacroix busy until 1861 and can be deemed his spiritual testament. The closeness of the ties between the Musée Delacroix and these masterful works is underscored by the fact that he set up his last studio on Rue de Fürstenberg in order to complete them.
The restoration of the paintings in the Chapel of the Holy Angels and the studies relating to their conservation also allow for a fresh analytical  approach.
This exhibition will provide an opportunity to consider Delacroix’s oeuvre in relation to the work of the many 19th- and 20th-century artists he influenced, from Gauguin to Epstein, and from Redon to Chagall. 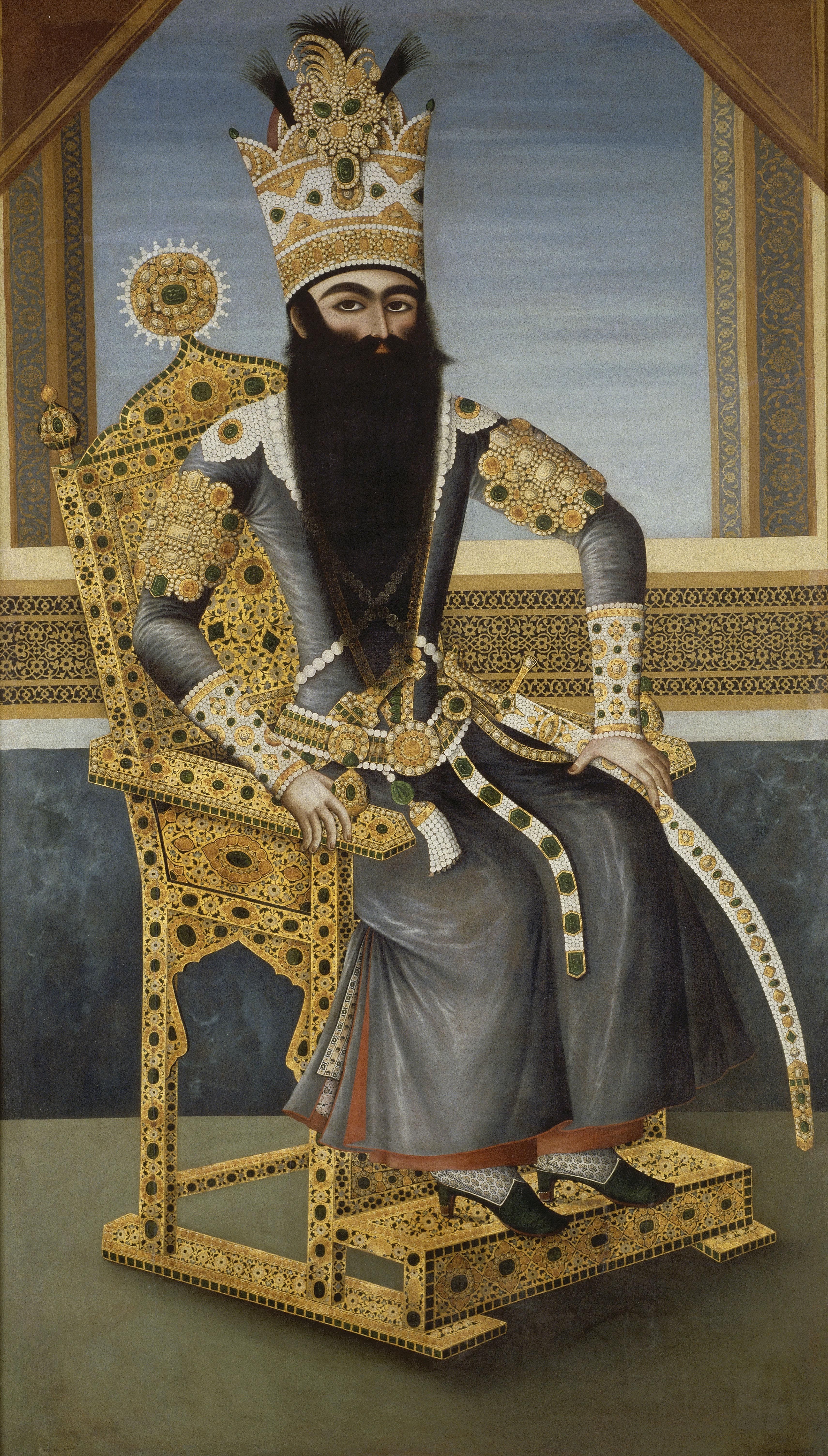 The Louvre-Lens is presenting the world’s first retrospective devoted to the sumptuous art of the dazzling Qajar dynasty, which ruled Iran from 1786 to 1925. This is one of the most fascinating periods in the history of a country very much a member of the nations of the world, highly receptive to innovation, and bent on preserving its identity while embracing modernism.
Strikingly original, the art of this era—stimulated by virtuoso artists at court—was especially rich and abundant, as the exhibition demonstrates: over 400 works from numerous private collections and leading institutions in Europe, North America, and the Middle East. Most of the exhibits, moreover, are world exclusives. This comprehensive overview of Qajar art comprises paintings, drawings, jewelry, enamelware, carpets, garments, photographs and ceremonial coats of arms, all in a colorful, immersive scenography by Christian Lacroix. 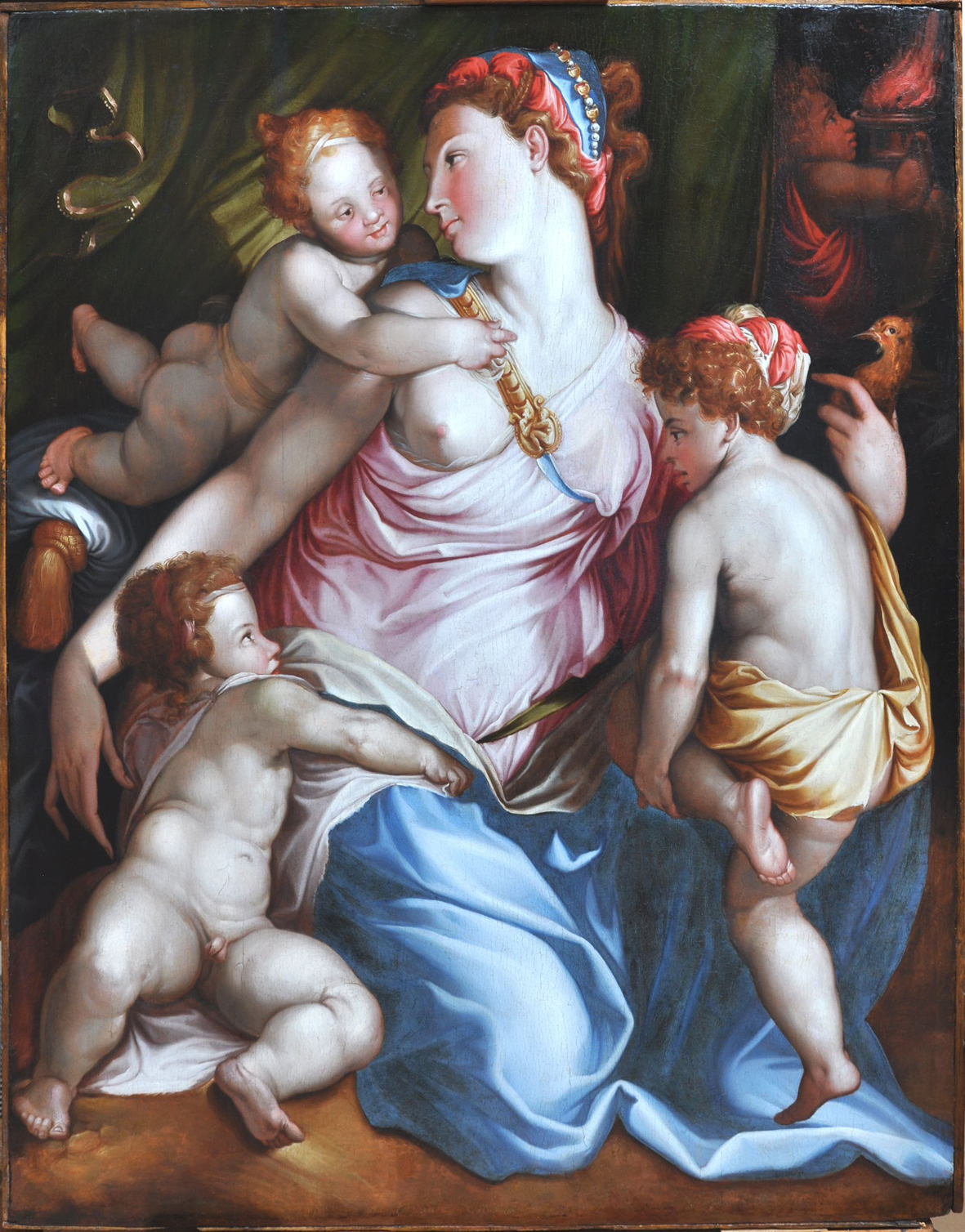 ITALIAN PAINTINGS FROM NORTHERN FRANCE
DIALOGUES  AND CONNECTIONS
Until May 28, 2018
Glass Pavillon

The Louvre-Lens Glass Pavilion serves as a showcase for the vibrant museum culture of the Hauts-de-France region with the presentation of themed exhibitions drawing exclusively from local art collections. Featuring a unique display that brings the Italian artworks of Picardy and the Nord-Pas-de-Calais face to face, the museum promises an ideal close to the “Heures italiennes” series held throughout 2017 in the Hauts-de-France region.
Fostering dialogue around four themes, the exhibition makes connections between some twenty paintings by Italian masters of the 16th, 17th, and 18th centuries.
It proposes a fascinating counterpoint to the Italian masterpieces on display in the Galerie du Temps (Botticelli, Perugino, Raphael, Tintoretto, etc.) that precedes the Glass Pavilion.