At the Musée du Louvre 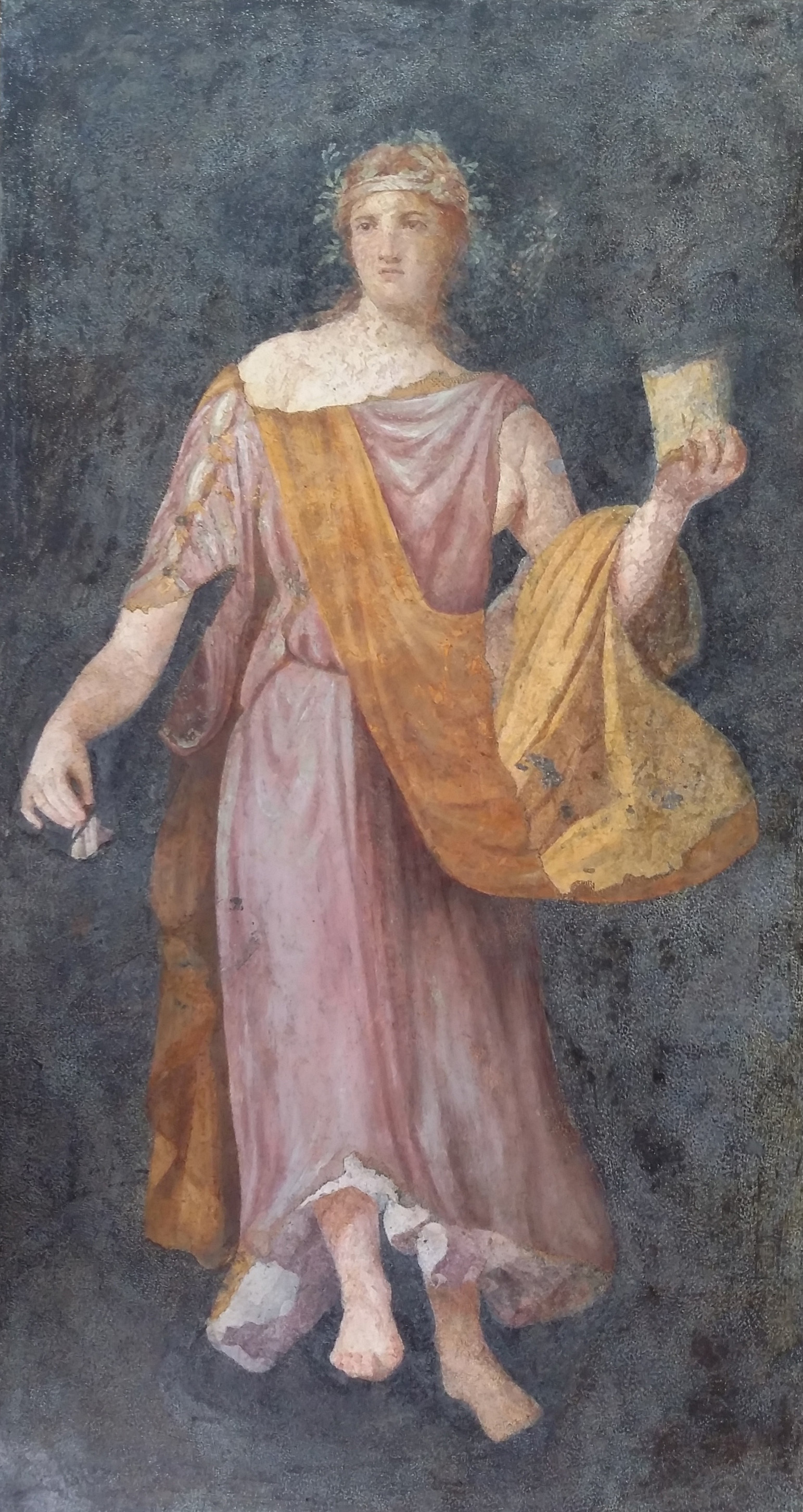 The Musée du Louvre and the State Hermitage Museum in Saint Petersburg are joining forces for an outstanding exhibition based on the collection built up by Marquis Campana mostly between the 1830s and the 1850s. For the first time since its dispersion in 1861, the exhibition will provide a comprehensive overview of the 19th century’s largest private collection. With over 12,000 archaeological objects, paintings, sculptures, and objets d’art, and comprising both ancient and modern artefacts, it was a rich, diverse collection of the highest quality
The exhibition will showcase over 500 works, including such masterpieces as the Sarcophagus of the Spouses and Paolo Uccello’s Battle of San Romano. It presents the romantic figure of Giampietro Campana, the society in which he lived, the history of the collection, a reconstruction of parts of the Museo Campana in Rome, as well as the collector’s taste for pastiches and forgeries. It will also highlight the immense influence that the Campana collection had on arts and crafts in the late 19th century.
The Marquis Campana aimed to represent Italy’s cultural heritage, both ancient and modern. As such, the collection was a founding moment in the affirmation of Italian culture during the Risorgimento—the emergence of the Italian nation in the 19th century.

The Louvre’s Petite Galerie is a special space set aside for art and cultural education for all ages, with a selection of artworks representing different periods and techniques in yearly exhibitions—an eye-opening experience which serves as a starting point for an exploration of the whole museum.  For its fourth season, the exhibition Archaeology Goes Graphic will spark a dialogue between archaeology and the 2018-19 guest art form—comic book art. It will invite visitors to follow in the footsteps of amateur or professional archaeologists with a passion for antiquity and see how they discover “treasures,” unearth objects buried at different periods, then classify them and try to understand what they tell us about the past. All this while illustrating how comic book art (known as the “ninth art” in France) has, in a blend of fact and fiction, drawn inspiration from the archaeological finds that have contributed to the Louvre’s collections.

In a pioneering miscellany of examples from French collections (Musée du Louvre, Bibliothèque Nationale de France, Fondation Custodia, École Nationale Supérieure des Beaux-Arts, Musée des Beaux-Arts de Besançon) and institutions abroad (British Museum, Ashmolean Museum, Rijksmuseum), this exhibition will offer a chronological and geographic panorama  of color wood engraving (known as chiaroscuro in Italy) via the most significant works of the leading masters of the Renaissance and European Mannerism, such as Peter Paul Rubens, Parmigianino, Domenico Beccafumi, and Hans Baldung Grien.
Its sources include recent research into color engraving pigments and watermarks jointly carried out by the Bibliothèque Nationale de France and the Center for Research and Restoration of the Museums of France (C2RMF).
Chiaroscuro engraving was first practiced in Europe from the early 1500s to around 1650. It was the outcome of technical and artistic attempts to impart subtle nuances of color in printed form. Both an imitation of other art media—drawing first and foremost—and a medium in its own right, it circulated widely and attracted real interest from certain painters, who saw it as a new way to explore light and shade and experiment with monochrome. 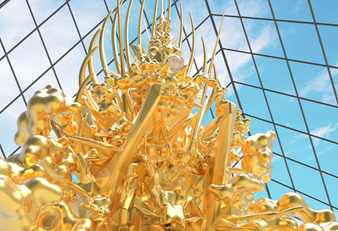 2018 marks the 160th anniversary of diplomatic relations between Japan and France, as well as the 150th anniversary of the beginning of the Meji period, when Japan opened up to the West.
As part of the Japonism 2018: Souls in Harmony cultural season, Throne will be displayed under the Pyramid of the Musée du Louvre. This monumental work by Japanese artist Kohei Nawa is entirely covered with gold leaf and blends Japanese cultural tradition with cutting-edge technology.


Previsional schedule of events for 2019: 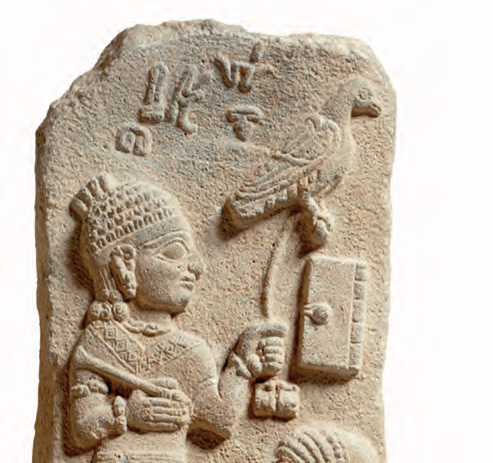 The Hittite empire, a great rival power of ancient Egypt, ruled over Anatolia and held sway over the Levant until about 1200 BC. Its demise gave rise to Neo-Hittite and Aramean kingdoms in modern-day Turkey and Syria, heirs of the political, cultural, and artistic traditions of the fallen empire.
The exhibition invites visitors to rediscover the mythic sites of this forgotten civilization, such as the majestic remains of the Tell Halaf site, located near the current Turco-Syrian border. This major Syrian heritage site was discovered by Max von Oppenheim, who conducted excavations there from 1911 to 1913. The large sculptures, which adorned the palace of the Aramean king Kapara, were brought back to Berlin where they were exhibited, then very heavily damaged in WW2 bombings. An incredible conservation project carried out in the early 2000s made it possible to rehabilitate them.
The history of this collection makes for compelling testimony to the ongoing efforts to preserve endangered heritage sites, past and present. The Louvre is strongly committed to this cause, particularly in war-torn countries, by mobilizing the international community and, most recently, by participating in the creation of ALIPH in 2017 (International Alliance for the Protection of Heritage in Conflict Areas.)

On the occasion of the 500th anniversary of the death of the artist in Amboise in 1519, the Louvre will host an unprecedented exhibition dedicated to Leonardo da Vinci.

ENGRAVING FOR THE KING: THE CHALCOGRAPHY COLLECTIONS
February 21–May 20, 2019 / ROTONDE SULLY 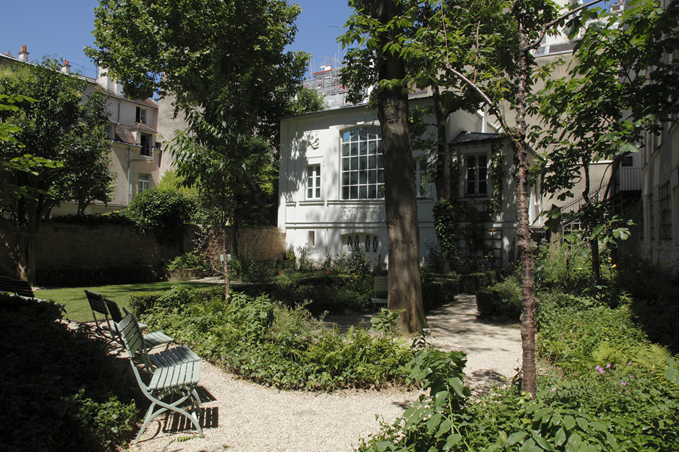 Located in the last studio and apartment of Eugène Delacroix, the museum has, since 2014, made the artist’s studio a central pillar of its research. A place of creation, it also serves as a subject itself, having been frequently depicted in various works. Turning a studio into a museum offers the opportunity to put the creative process under the microscope. What is left of that creative spirit in the museum space which, while also a studio, remains an art gallery? How can we make the inventive spirit behind the creation of artworks visible? The three study days that took place in 2015, 2016, and 2017 at the Musée Delacroix and at the Louvre allowed us to show the richness and diversity of the studio, and to underline how the study of the history and aesthetics of these creative spaces can also be of interest to visitors eager to renew their understanding of art. Thanks to loans from French and European museums, combined with the collection of the Musée Delacroix, the exhibition will present works by Eugène Delacroix and his contemporaries, as well as works by other 19th- and 20th-century artists. It will present completed works alongside their studies, as well as the objects, plasters, prints, and photographs which surrounded and nourished artists in the studio.
These will take the form of several ensembles, each centered on one or more paintings by Delacroix, in order to highlight the creative process behind the works. 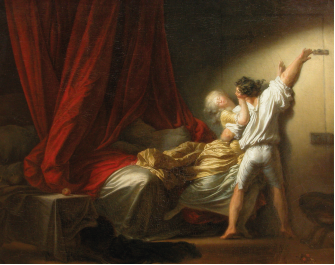 This exhibition aims to tell the history of how we love, from original sin to the liberation of the 20th century. This love story will take us through adoration, passion, gallantry, libertinism and, of course, romanticism. It shows how, starting from a stigmatization of the feminine, each era has successively liberated women, love, relationships, pleasure, and feeling, culminating in the invention of free love. Illustrated through a collection of 250 artworks, spanning different techniques and civilizations, this history of love is by no means exhaustive, but rather emphasizes the author’s interpretation. Each of the seven chapters sheds light on a major turning point in the history of the romantic relationship. To help tell this story, punctuated with literary quotes and film clips, the exhibition will display masterpieces of ancient statuary, precious objects from the Middle Ages, paintings by Memling, Fragonard, and Delacroix, and sculptures by Canova, Rodin, and Claudel.